The title is a pun on the term ”Tableaux Vivants” (“living pictures”) describing a completely stationary live theatrical scene. The Tableaux Mortes, on the other hand, are not alive but dead. The series is made up of large scale oils depicting theatrical scenes and symbolic representations, raising issues of loss, irrevocability, meaninglessness and death. Being the artistic medium most frequently confronted with being hopelessly bygone and already departed, painting is the obvious choice for rendering decay and destruction. At the same time as the large format paintings are brought back from the doghouse of the 80’ies, the long common stories are being dusted. 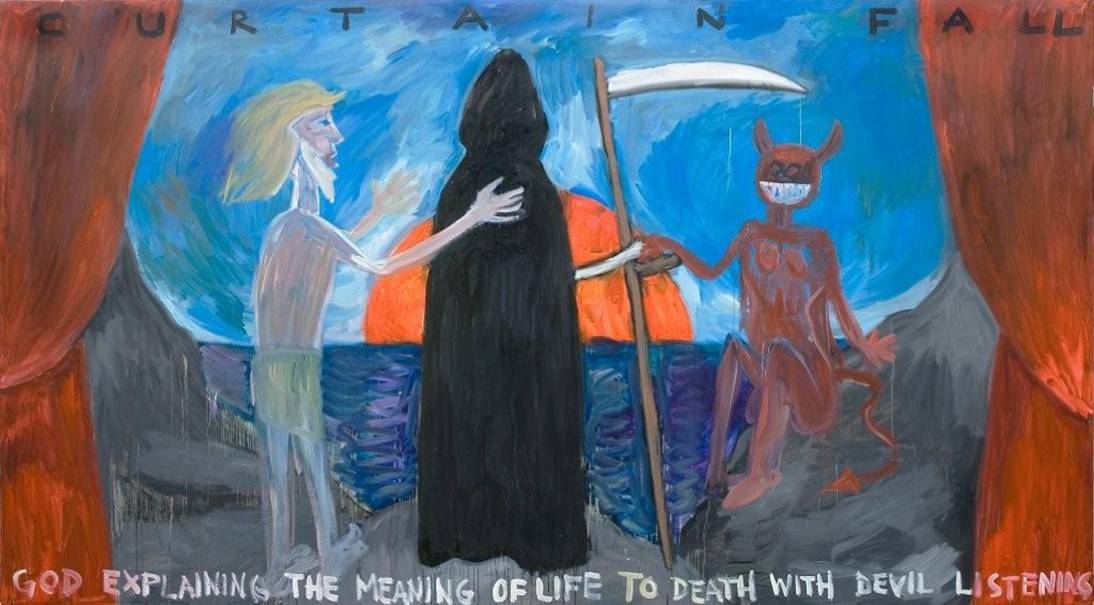 In Curtain Fall (oil on canvas, 203 x ) we are witnessing a scene in the last part of the last act, marked by a curtain as frame. The sun is setting into the sea for the last time and God, in the shape of man, is trying to explain the meaning of life to a melancholic Death, with the devil as an indifferent but grinning bystander. Is meaning lost in the big picture? Can any idea of purpose survive the fact that everything comes to an end?

In The Emancipation of the Self (oil on canvas, 203 x ) we see a troll with his nose stuck in a hole in the ground, a red dressed girl with a high hat, a sinking ship, a burning house, sunset and a lighthouse amongst other more or less obvious symbols. Popular psychology has by its construction of symbolic connections taken over much of the functions once held by mythology, popular belief and fairytales. The idea being that the translation of symbolic correlations will reveal depths of hidden meaning. This is similar to the traditional reading of painting as a connection of symbolic references. 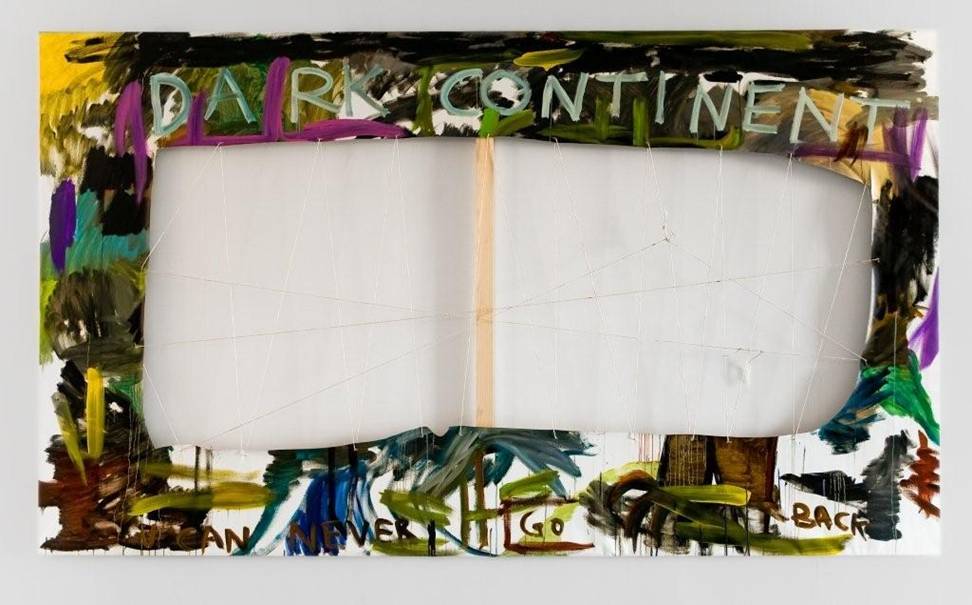 In (oil on canvas / mixed media, 205 x ) a large piece of the canvas has been cut out and the wide open hole attempted sewn together by hemp rope. The hopeless attempt at reconstruction is followed by the sentence: “you can never go back”, a self-evident but brutal principle of life. 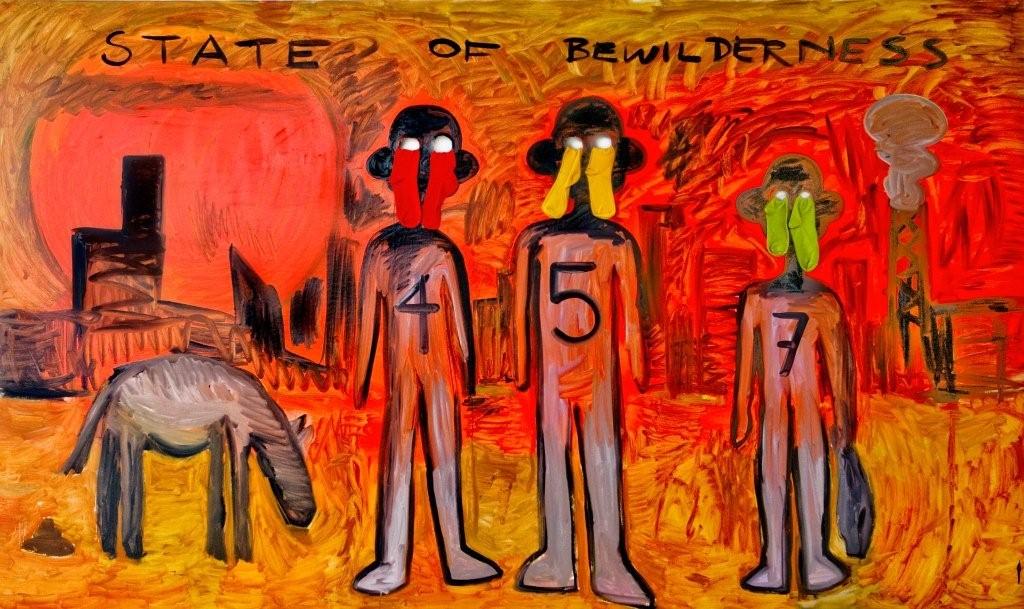 In State of (oil on canvas / mixed media, 200 x ) we meet three dark figures in a barren industrialised landscape, staring out of the picture in our direction. The eyes are cut out holes from where socks softly hang. The title is in part a construction from the two words ‘wilderness’ and ‘bewilderment’ and in part a play on the double sense of the word ‘state’ as both a nation and a condition. Is our murky inner quest for purpose mirrored in the governments diffuse ambitions? 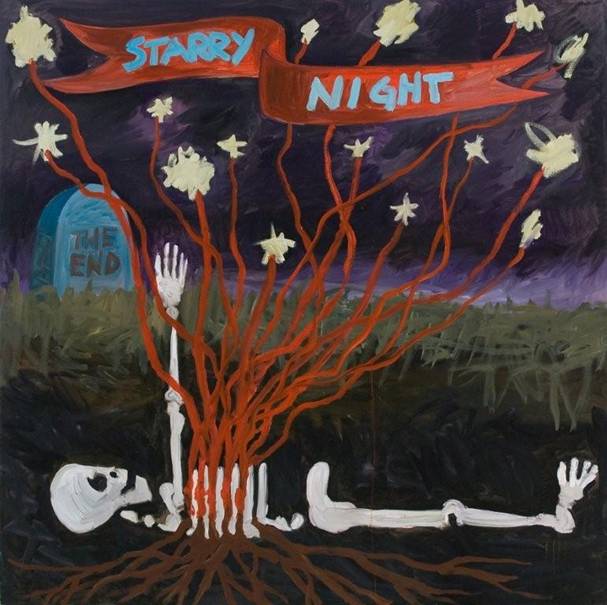 Starry Night (oil on canvas, 195 x ) has retrieved its title from renowned paintings of Van Gogh and Munch. Death is here represented as the buried remains of an individual life. Not only does the departed stretch his hand up towards the stars, his guts seem to be replaced by vegetation tying the soil with the heavens. Even if consciousness is lost the skeleton, in all its cold bleakness, might find a resonance in the large silent starry night.